How do shamanic Animals chose you ? …Part 1 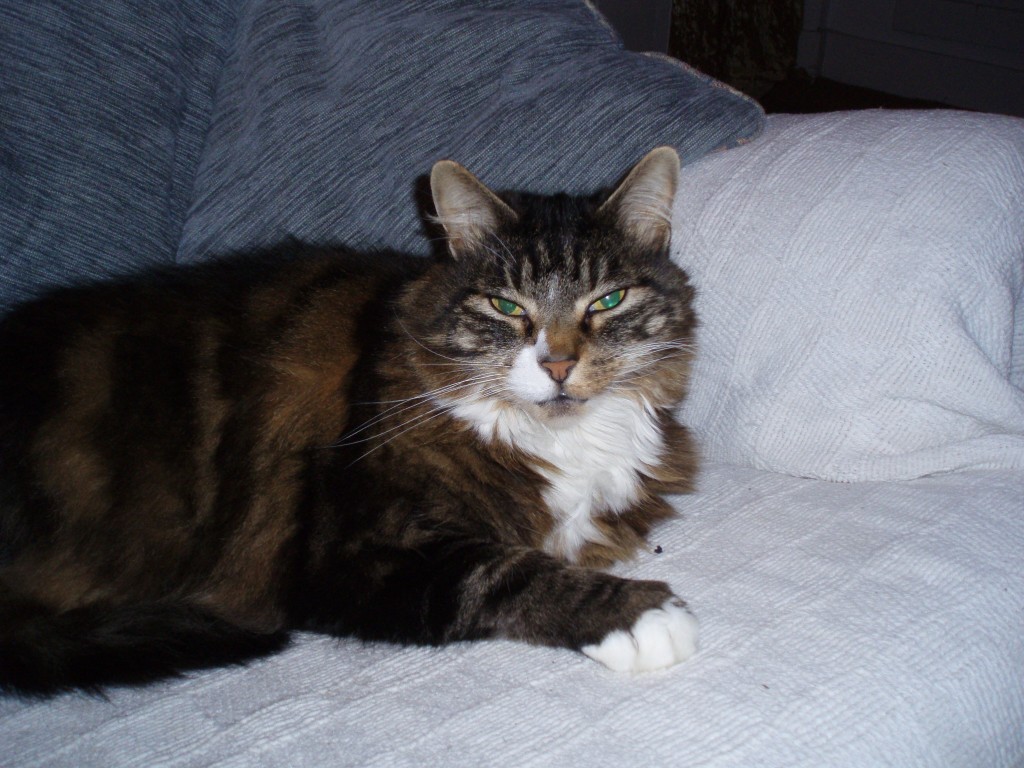 Being told by a small kitten that I was to take him home was a bit of a shock to say the least; especially as I’d no conscious desire to have another cat.
Do-do, my sweet elderly moggie was thoroughly enjoying only-cat-in-the-house status since the demise of her boisterous brother. She and Chippie (a large German Sheppard dog) rubbed along just nicely thank you very much. …who was I to rock her peachy little world?
I duly ignored the demands of the fluffy bundle, but I’ll admit to returning home feeling slightly rattled. So it was no surprise to find myself back at the RSPCA shelter asking about THAT kitten, “Sorry, we’ve found a home for him”. Ha-ha, clearly I wasn’t supposed to have him after all!

Then I heard myself saying: “Why not persuade the other people to take another kitten, then you’ll have re-homed two kittens, if not, you’ll only have a home for one because I don’t want any other cat except that one!”
He charmed everyone immediately upon his arrival and thus began a life long love affair with a very special shamanic cat called Jiggery.

Today, aged 15, he’s still as sharp and tuned in as ever. Clients, who come to experience my form of shamanic journeying/healing, often comment how he plays a vital role in their process. He has an uncanny knack of appearing just at a vital moment, often helping people to find the courage to go to places that seemed to daunting to face alone. He will sit under their chair or lie beside them purring reassuringly. But make no mistake …when called for, he can be a ferocious lion too!

In my weekly meditation group he will help ground those who find themselves becoming ‘space cadets’ …often with the persuasive use of his teeth, thankfully, without drawing blood!

When we first moved into our present home nearly five years ago, he helped me ‘see’ the spirit of the old lady who had died in the house.

He showed me where the ‘energy body’ was so I was able to ‘talk’ to her… asking why she was still here.  I listened to …or rather felt her concerns and then politely asked her to go the Light.

Watch this space for part 2….

This site uses Akismet to reduce spam. Learn how your comment data is processed.

Journeys to the Heart